Once again I lost a complete blog including the pictures.  Our son got the blog running again and my pictures are up there somewhere in a cloud, I guess, but to get each one in the right place on every blog I’ve written the last several years would take a miracle and I don’t have the brains to figure out how to do it, anyway, and it would take me months to untangle it all, so I’m starting over again.

I’ve been taking lots of pictures because this time of year is just beautiful and we have done some family things and I’m working on several projects.  Maybe my next post I will have pictures ready, but right now I’m just too tired to do it.  David and I have been planting trees and perennials. Well, I point and David plants them where I tell him to.   I’ve ordered nine more peonies that won’t be delivered until Fall so we will have time to get their beds ready.  Since we aren’t planting too much in the back yard right now because of the puppies, I made a little garden in front of my shop with flowers, potatoes, cucumbers and leaf lettuce growing.  We sit out on the swing and I tell David this is my little world, all of it.  When we do plant something in the back yard we have to put fencing around it or it would be totally destroyed.   Sugar seems to be the main culprit chewing on everything she can find.  She hauls up whole logs and chews on them. She must have a stomach of steel as it doesn’t seem to harm her.

Speaking of Lucy and Sugar and Molly, too, all three dogs have become wonderful fetchers.  Lucy goes so far as to try to throw the toy to us when she brings it.  And she’s very demanding about us throwing toys for her.  I’ve never seen a dog who loved to fetch as much as she does.  Sugar on the other hand will run with the toy and won’t bring it.  She needs  a little work, but we will teach her.

I finished another quilt top. A basic four patch and I find I love the simplicity of it and can’t wait to get it completed.  I had the perfect backing for it, just hope it’s big enough.  I have another quilt on the machine and as soon as I get it done, I’ll start quilting the four patch.

Our granddaughter, our oldest grandchild, graduated with honors from Purdue University this week.  She was only allowed two tickets so we didn’t get to go. She graduated in three years with a grade point average of 4.0.   All A’s.  She doesn’t take after me that’s for sure.   She is getting married in July and then will go straight back to college to get her Masters.  She is working in a museum this Summer which is what she wants to do.   Plus she and her fiance’ have already purchased a house.  And they say bad things about this generation.  I don’t think so.

I’ve read several good books. I discovered the author, D.E. Stevenson, who writes about English life in the forties, fifties and sixties. They are gentle stories which I find to my liking. No swear words in them.  What is it with authors and/or writers of all types who think they must include cursing and taking God’s name in vain? Every movie I’ve watched lately the actors use the “F” word.  To be honest, I don’t know anyone who uses that word or curses with abandon.  I’m not saying I’ve NEVER used a curse word, but it’s usually when I’m alone and am frustrated about something.  I’d be ashamed for anyone to hear me, though.  Anyway, I just would love to watch a good movie with no cursing.  David and I did just finish watching Five Stories Up with Morgan Freeman and Diane Keaton. Two of my favorite actors.  I don’ think either one has ever made a bad movie.  At least I’ve never seen a bad one of theirs. Seems they know how to pick them.   Some actors just consistantly choose bad movies to be in. Is it poor judgement or do they really think they can make them better?

About my granddaughter’s wedding. Neither she nor her fiance’ like wedding cake so they are asking several people to bring a dessert. I am baking several different cakes and have been looking at a couple I want to test before the wedding to make sure they are good.  One is called Magic Pumpkin Cake, a cross between a cake and a pumpkin pie with whipped topping on top. I think it’s a really good idea of them and lets people be involved in the wedding.  I did ask my granddaughter to please not have me speak in front of everyone.  At our daughter’s wedding years ago me and the other mother had to light the  Unity candle and while we were lighting it, it fell over and I imagined the whole place going up in flames. Luckily the other mother had the sense to put it upright again and we continued with the lighting.   Our granddaughter is having her wedding held in a museum. Seems she has a theme going.

I think I will finish right now. Just wanted you to know I had not left my blog. My blog left me.

Here’s to many more posts to come. Bye.

If you hadn’t noticed, I’ve been gone from the Blog world for a while. I lost my other blog and my son is trying to set me up with a new one, so this is a test run.  A lot has been going on in my piece of the earth and I am looking forward to once again writing. I’ve been lost without my blog and telling you all that I’ve been up to, no matter how boring it can be!  So if you are reading this, I hope  to be writing regularly in the next few days. Bye. 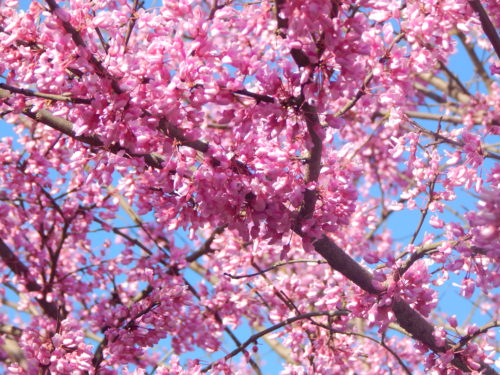